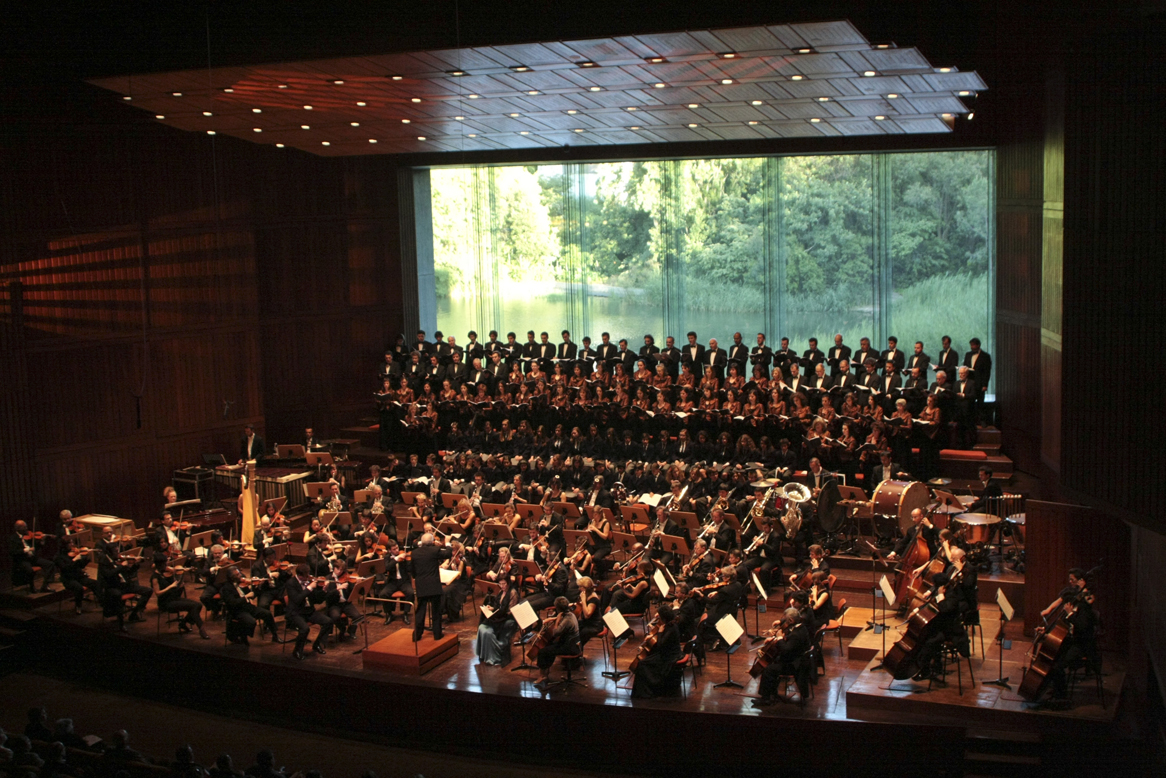 Michel Corboz’s entrance in the musical world was deeply connected to his interest in the human voice and the vocal music repertoire. Consequently, throughout his career he conducted all over the world a great variety of oratorios and other musical genres including chorus, soloists and orchestra.

After founding the Ensemble Vocal de Lausanne, in 1961, he was granted numerous distinctions and enjoyed the enthusiastic reception of the press, namely to his first recordings of Monteverdi’s Vespers and Orfeo, held respectively in 1965 and 1966. This marked the beginning of a long career that has evolved naturally, without particular ambitions, enriching itself every year with a new work.

In 1969, Michel Corboz was appointed Principal Conductor of Coro Gulbenkian, a position which he has held since then with unsurpassed talent. With Coro Gulbenkian he conducted a large number of performances and recordings, which highlighted the fundamental and rare qualities of this vocal ensemble.